Yesterday I had the pleasure of conducting the first part of Toolerable's first interview ever with Robert Porter of the newly re-launched Union Manufacturing Company. We had a nice chat about the history of Union, the company's current projects and the future of the company. It turns out he is a woodworker just like us, and has a passion for good tools that we can use. He seems to know his stuff about materials, Rockwell hardness, history, and much more.

His first bench plane is an X Plane in the #1 size. Not the most useful of bench planes, but highly coveted by collectors. We discuss this plane, but if you would like to get on the pre-order list, only 100 will be made in this first batch, and at the time of writing there are still four that are available. I suggest sending him an email from his website, and tell him you read this interview. I think it is an outstanding value at $425.

All photos on this post are Robert Porter's, and used with his permission.

I conducted the interview with a chat program. I've edited it minimally. My comments are blue, and Robert Porter's are black.

So let's talk about the X0A. 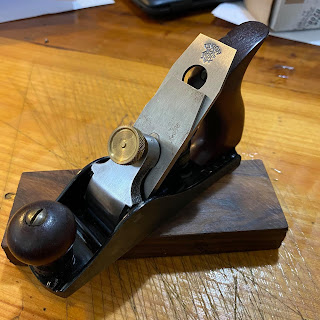 The new baby from Union!

8 months of development to date!


Is it going to be similar to the older versions?


Almost identical with one MAJOR change.


The “A” stands for adjustable mouth.


No 1 sized planes have never offered that feature.


This will be a market first.


The new X Series will also be addressing a few of the flaws the older X Series had.


What about the rest of the plane. Are you using cast iron, or more modern materials?


I’m not a fan of Ductile Iron. While it is more durable during a drop to the floor, it rusts with the simple touch of a finger print.


A fine woodworker is not likely to put their plane in a position to fall. Union is focused on these folks.


The fine woodworker. Specifically the fine makers that are self-taught.


That being said Union was always a middle market plane maker. That will not be forgotten going forward.


Is gray iron more difficult to cast? I wonder why you don't see many new tools using it?


Marketing. In my opinion.


Gray Iron is less available in general from foundries. Most don’t like working with it because it’s messy.


Gray iron dust is hard on machines. But the traditional nature of it to me personally outweighs the extra work to keep the dust off the machines.


We are dedicated as a historically correct maker.


And it looks awesome when it's old!


Millions of planes have survived 100+ years being made from gray iron.

What's coming up down the line? Will you make other bench planes? 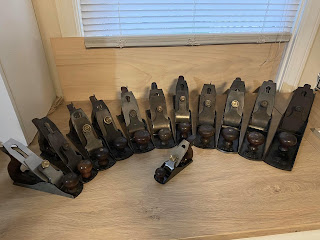 We have a new tool in development now that a patent will be applied for as well.


We’ve made the bevel which sold out in weeks. 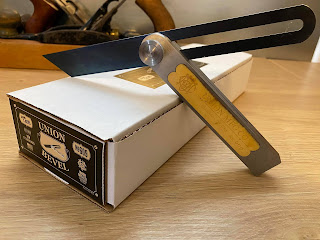 I noticed it wasn't available. The photos on your website make it look beautiful.


We also have two precision Squares being made now and have plans for a couple scrapers.


Haha! You can't blame me for asking!


Tell me about your plane blades.
Weird powdered metal, or what?


They are made from USA sourced certified O1 tool steel and hardened in Philadelphia, PA to a Rockwell rating of 61.


Again as close to traditional as possible.


The expression “they don’t make it like they used to” is dead with Union. We do.


We also use manual machines as they would have used back in 1910. 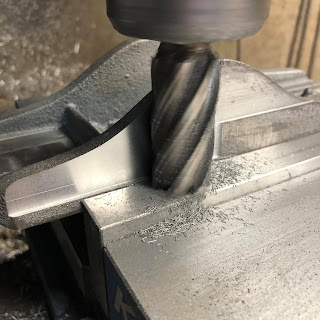 The difference is electricity vs steam.


There isn’t one CNC in our shop. We make each part manually.


So tell me about your company now. Are you speaking the Royal We, or are there others there with you?


I have a very small crew. (As a way to keep prices down).


Our head machinist is a 60+ year veteran DOD/ Precision machinist. Or as I call him “The Machine Whisperer”.


Most parts are made by either myself or Bill. (Mr. Whisperer!)


Great! I was wondering how you bring back an old tool without the wealth of experience Union must have had at the time.


My background is in design (specifically furniture) so I approach the design and development from a perspective of a user.


You can’t always be the smartest guy in the room! I count on the knowledge of others.


No one person at Union is “the boss”.


That's always good. If you look at Stanleys, for example, many of the changes over the years were obviously intended to make manufacturing easier or cheaper. Same old story.


The acquisition of Union was never intended to make me rich. It’s the effort of preservation.


I’ll never get rich from Union. I’m more than ok with that. My reward is bringing back history and providing the best I can to others that live to woodworking life I have enjoyed since I was a child.


And how is it that you wound up with this company?


Legal maneuvering.... that’s as far as I can go on that matter.


Haha! Well, it's great to see it in the hands of someone who cares.


It’s a dream for a collector of a brand to eventually own the brand they love. I’m living that dream.


I owe the idea to my wife though.


The smartest person I know by a mile.


I'm glad that you're able to bring it back. The more the merrier, I think.


Getting the company was hard. Keeping the legacy intact will be the hardest part. Making decisions that honor the original nature while staying profitable is tough. But I’m in that fight for the long haul.


Super.
Anything you'd like to add before we wrap this up?


Not that I can think of.


If you have more questions later feel free to ask.


You bet!
Thanks for your time!


Off to make an X0A pattern now!